Top 10 things I learned from the Dalai Lama today!

Today I attended a special historic event called The Leadership in the 21st Century, a private luncheon and talk with his holiness the 14th Dalai Lama at the Space Shuttle Endeavour in the California Science Center. The event was produced by The Lourdes Foundation. There were a lot of Hollywood Celebrities there like Sharon Stone, Jim Carrey, David Foster and government officials like Governor Jerry Brown and Mayor Eric Garcetti.

I had the pleasure to meet and talk to Brendon Burchard, New York Times bestselling author of "The Charge" and "The Millionaire Messenger". I mentioned to him that I am not usually starstruck, since I have been living in LA for so many years, but I was actually very excited and nervous when I recognized him and wanted to meet him. I used my 20 seconds of insane courage and approached him to say hi, after all it is not everyday I encounter the movers and shakers of my industry that I truly admire! It was cute, he was humbly surprise and happy with that comment, as he was just thinking no one in that room was going to recognize him. So who knows, after this maybe I will be quoted on his blog someday! ;-)

Anyway, I was blessed and honored to be in this special event amongst great leaders and of course his sweetness, pureness and playful... his holiness the 14th Dalai Lama of Tibet. So, to summarize my last 4 hours at the event here are...

The Top 10 Things I Learned from the Dalai Lama Today:

2. Women need to focus on cultivating and spreading more love and compassion to the world.

3. Give the most comfortable chair to the oldest person in the room. (In this particular case he let Larry King sit on his chair)

4. Learn to respect and appreciate other people's religion and traditions. There is space for everyone, believers and non-believers.

6. It is possible for the next incarnation of the Dalai Lama to be a woman.

7. He reinforced on the importance of investing in educating children and surrounding them with love and affection so they can become happy human beings.

9. Debate and questioning beliefs and teachings is a healthy thing, with respect of course. (Jim Carry helped him with that one! It was funny!)

10. Carry chocolate and a toothbrush in your briefcase/purse. Share the chocolate. (He shared his Toblerone with Sharon Stone, very cute!)

But seriously now, the most insightful part of being in his presence beyond listening to him answer the questions moderated by journalist Ann Curry and beyond listening to him speak about secular teachings and wisdom was truly to just observe and notice his demeanor, his child-like way of being... there is a certain level of pureness, lightness and jovial attitude about the Dalai Lama.

That was the most impressive part about this very special 78 years old man, to see it in action that he can be so playful, so joyful and so simple and so humble was truly a life lesson and a model for all of us. :-) 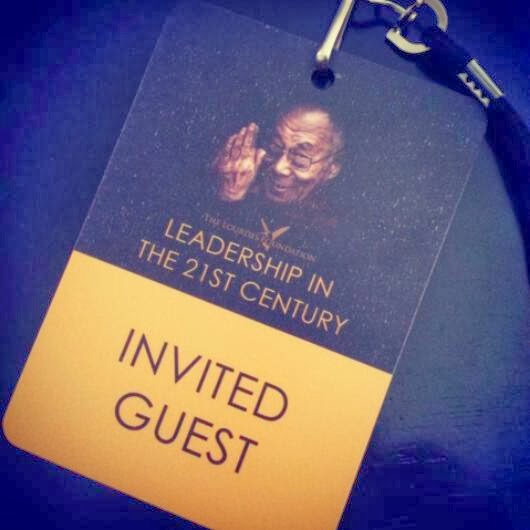 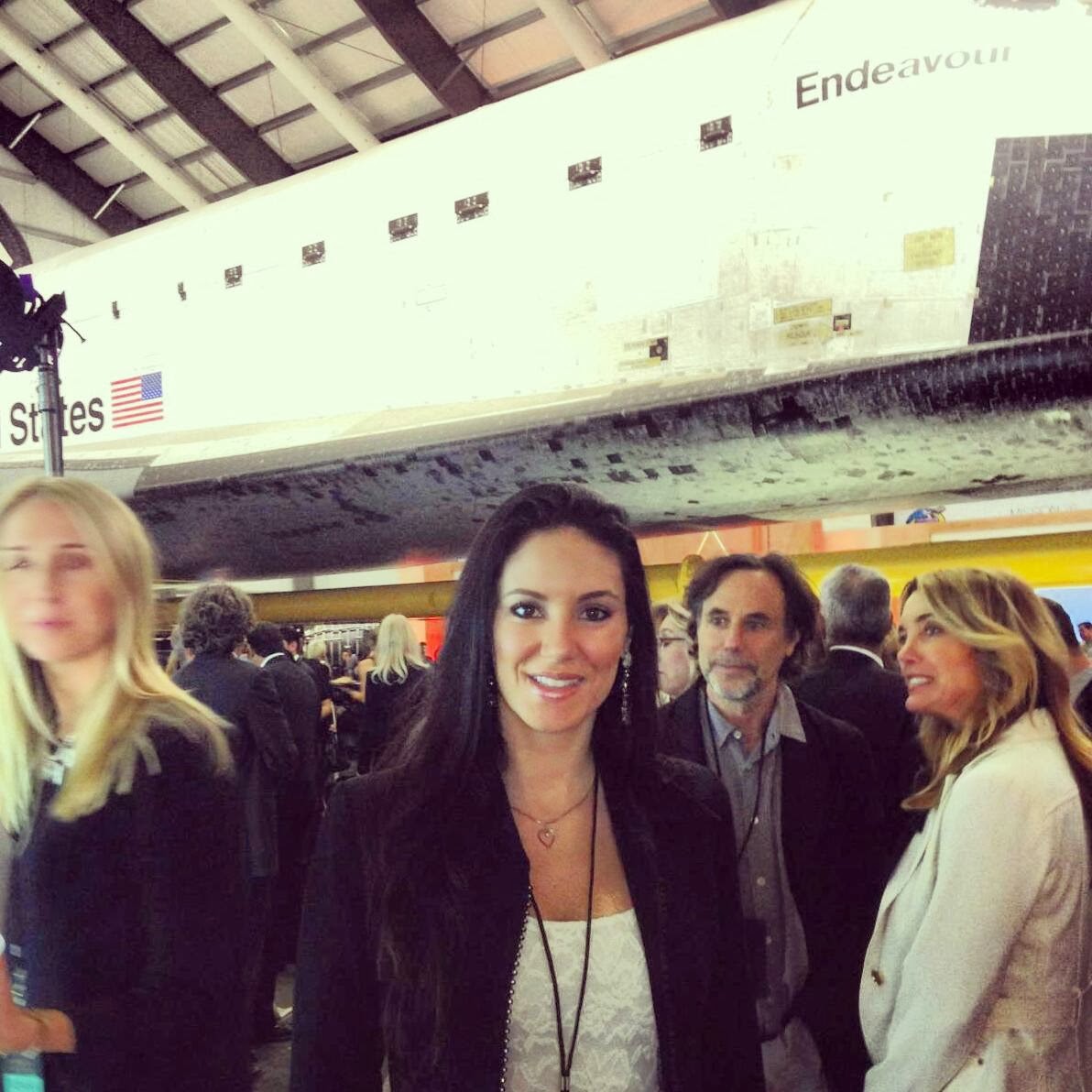 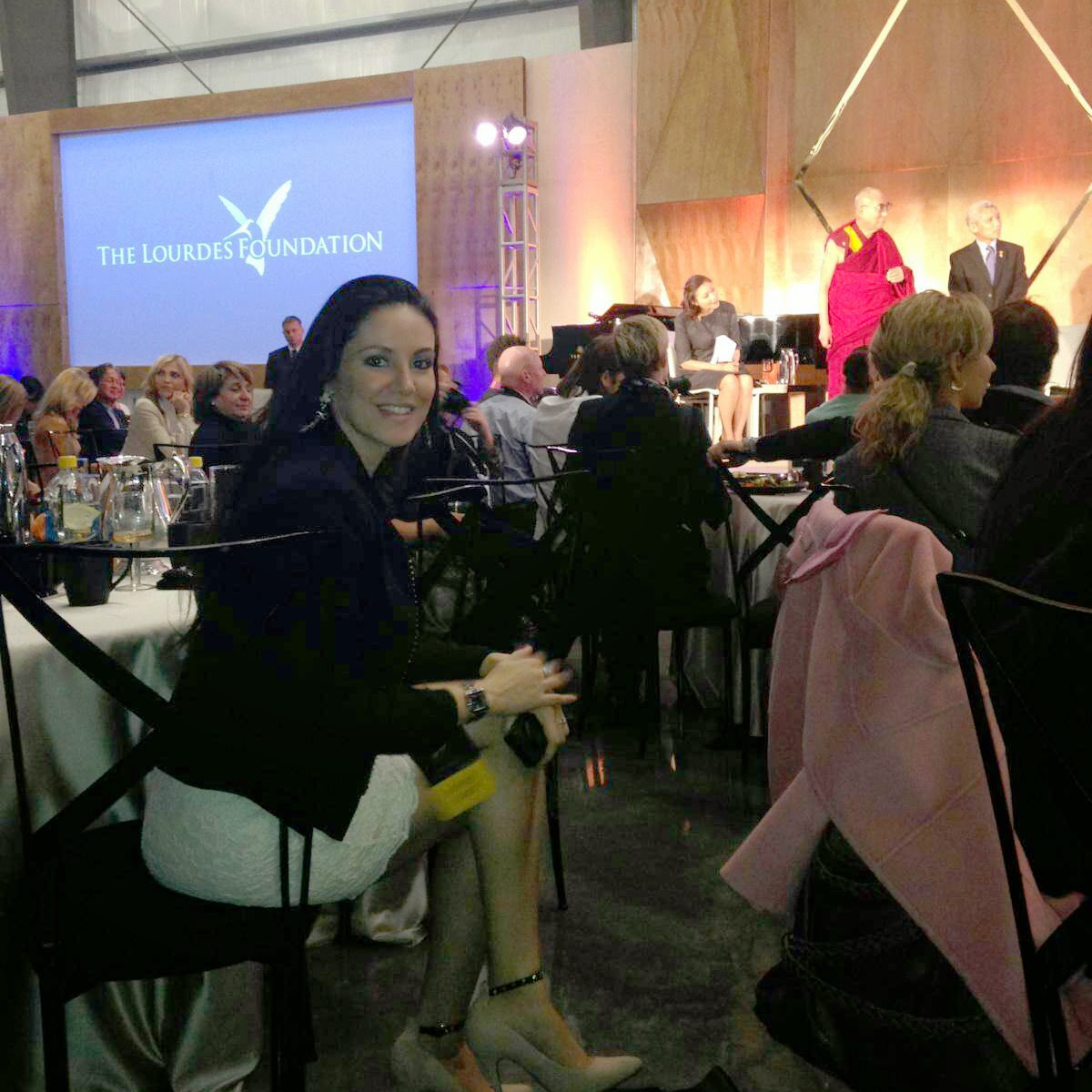 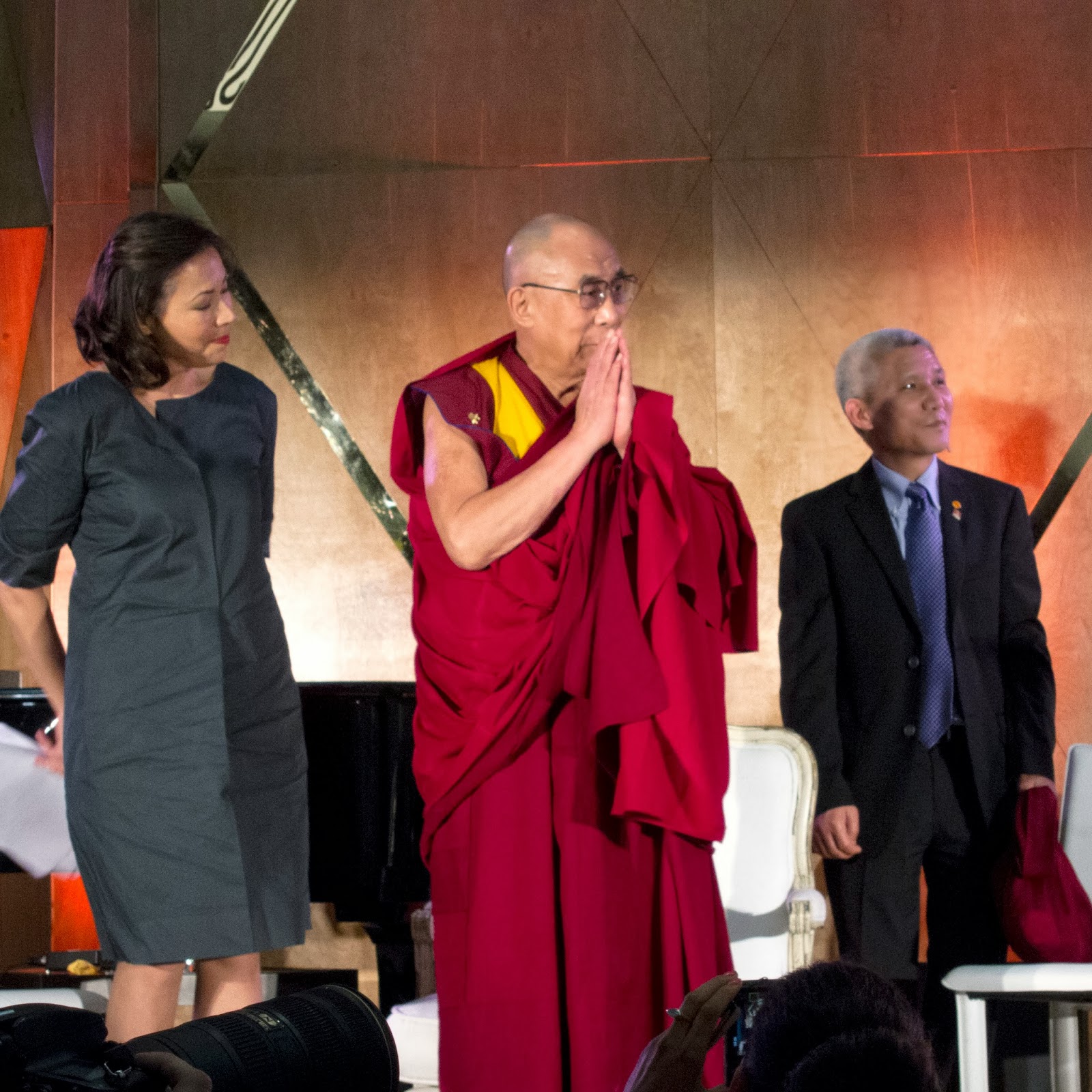 Unknown said…
Integrity is the lifeblood of democracy. Deceit is a poison in its veins. See the link below for more info. 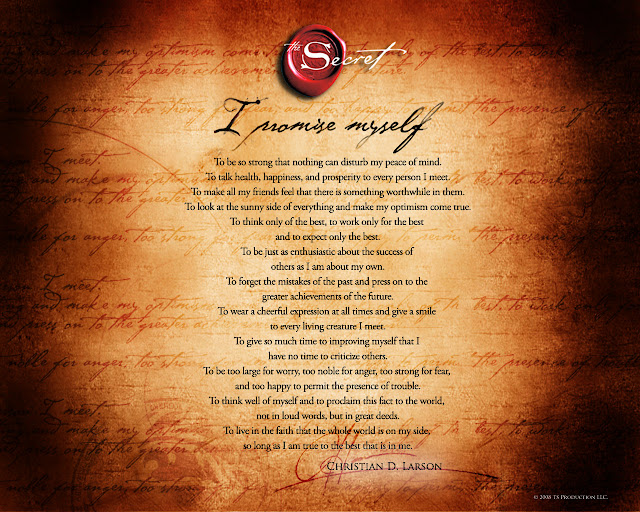 I promise myself (mantra)

Self-Love: How do you see yourself? Is it an accurate view? 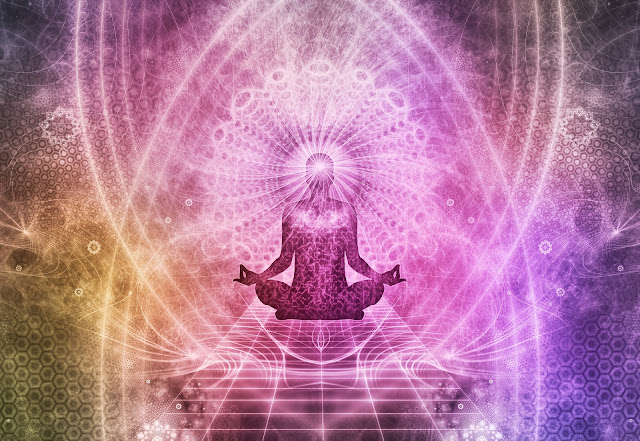 Are you Hungry for Change? Can Food Matters shock us again?

MOVIES YOU WILL LOVE!

Getting Things Done: The Art of Stress-Free Productivity
by David Allen

The 4-Hour Workweek
by Timothy Ferriss